Australians Deep Sea Arcade are a indie-pop band from Sidney. With influences from the 60s and the Madchester scene, the band has a well defined sound and are ready to release their first studio album. 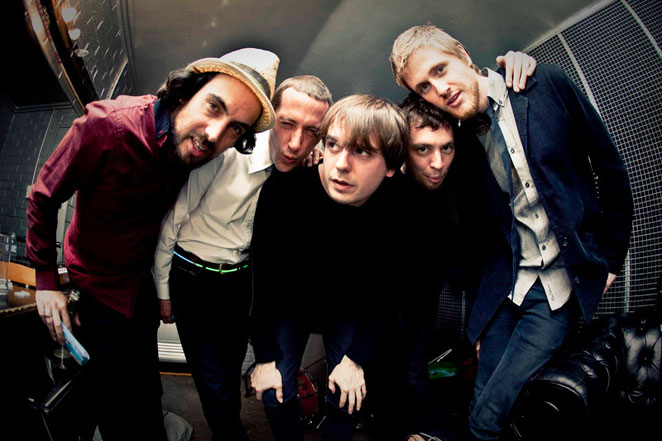 Deep Sea Arcade was founded in 2008 by

The pair, friends since meeting at high school in Sydney, penned dozens of songs and experimented with every sort of sound in their bedroom before finding their perfect counterparts in drummer Carlos Adura and guitarists Simon Relf and Tim Chamberlain.

On the surface they are many things, but it’s what lurks beneath that makes this band so exciting. Super catchy indiepop singles like Don’t Be Sorry and Lonely In Your Arms are just the tip of this iceberg.

Nic Mckenzie moved from UK to Australia and met Nick Weaver at High School there. They wrote and recorded music in a home studio they put together in Nic’s bedroom for years and then put a band together at University.

2. How would you define the sound of the band?

Deep Sea Arcade sound like The Zombies throwing a beach party for Portishead. Their music is ‘Blue Velvet’ with ‘Clockwork Orange’ flashes.

3. Talk us about your last work.

4. How are your concerts? What can we find there that we wont find on your studio records?

Unpredictable depending on the venue. Sometimes raw and stripped back, sometimes lush with addition of samplers, keys and drum triggers.

There will always be two types of music. Music that is good and music that is bad. We like to think our music is good.

In June 2011, Deep Sea Arcade visited Madrid and Barcelona  after a collaboration between Mar de Miguel of Jungle Indie Rock and Andy Cassell of Winterman & Goldstein, before the band joined the Australian record label Ivy League Records. With the help of Miguel Goñi, of Madrid label Origami Records, who joined this collaboration, the band recorded a 30′ live session at Los Conciertos de Radio 3 (TVE, Spain) and booked to play at Sala Charada (Madrid) and Primavera Sound Festival 2011 (Barcelona). In Madrid, Deep Sea Arcade shared stage with the bands Grises and Dolores (on their first live show ever).