Otherkin: “We firmly believe that Irish acts will be massive over the coming years” 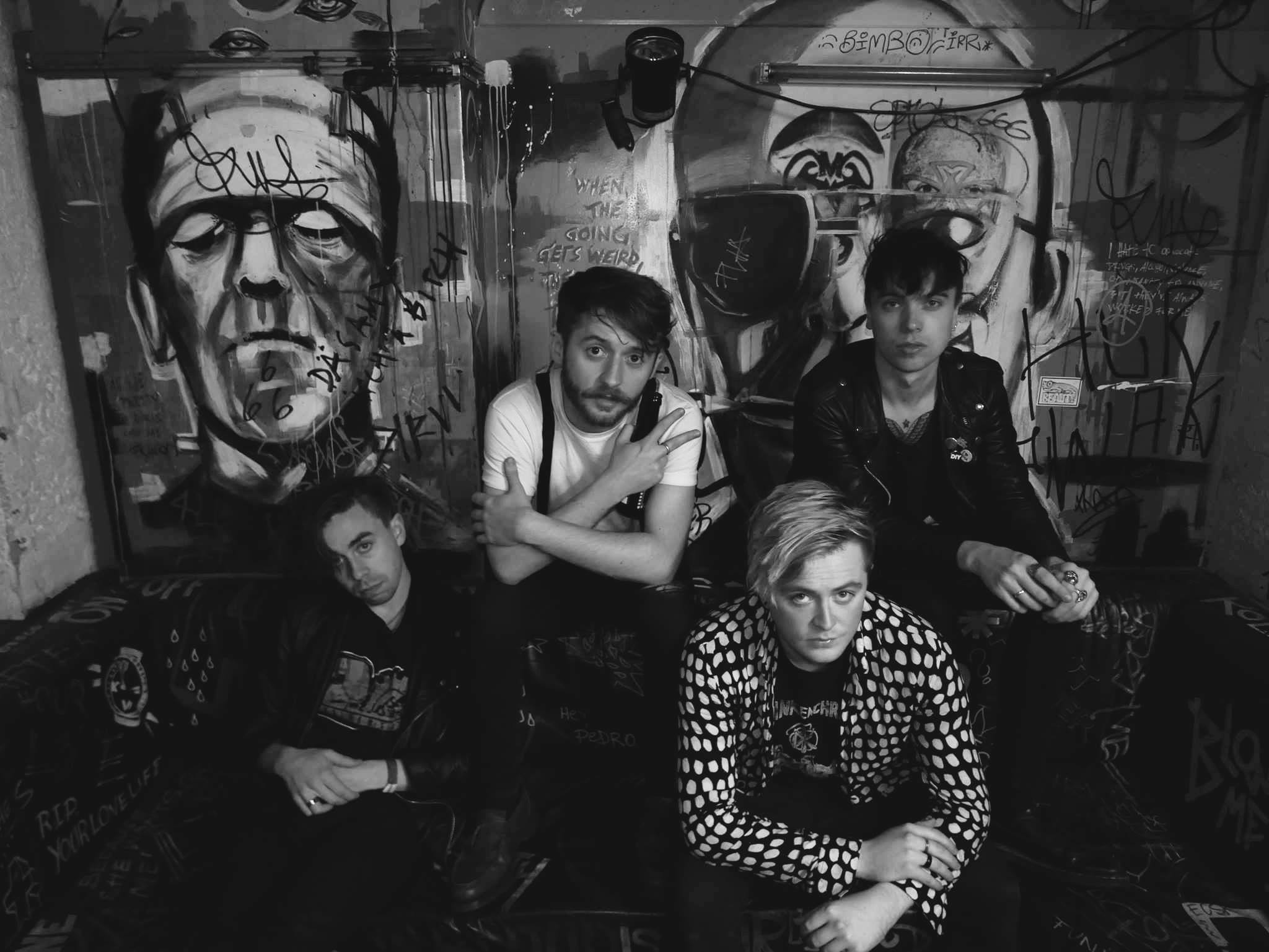 Otherkin is a grunge/indie rock band from Dublin, Ireland, formed in 2013 and signed to Irish indie label Rubyworks. With two EP’s released in 2015 and 2016 respectively, their debut album “OK” was out just two months ago, on September 29th 2017.

The group names influences by Queens Of the Stone Age, The Clash, Ramones or Blur. Some other bands as Nirvana, Thee Oh Sees or FIDLAR are also important for their sound, which is mostly composed to play live. Otherkin consist off Luke Reilly (vocals, guitar), Conor Andrew Wynne (lead guitar), David Anthony (bass), and Rob Summons (drums).

Question – The band was formed after three of you past a summer together in Toronto. Then you met Rob Summons on the internet. Were you planning to look for a drummer by a music forum or was this the way things just happened?

Answer – Conor took the initiative to find a drummer, and there used to be a very active forum for punk and hardcore bands in Ireland called Moshspace. We put an ad out and then picked up Rob for a rehearsal. We had a great jam and bonded over terrible jokes and beer, it was love at first sight.

Q. – Lars Ulrich (Metallica) said about Otherkin: “We have a duty to show off insane riffs when they show up. We’re just spazzing out over Otherkin from Dublin, Ireland. I’m fuckin’ inspired”. What these words mean to you?

A. – This was really crazy to hear, we couldn’t help but laugh. Having the drummer of one of the biggest bands in history sing along to your riff on radio “wanna wanna wanna, wanna dunna wanna wanna” like a teenager learning the guitar is pretty insane. We were blown away by how positive his reaction was, he is a legend.

Q. – Your second EP and debut album were mixed by Jolyon Thomas (Slaves). How do you find his interpretation of band’s sound?

A. – We were really humbled to have Jolyon on board considering the strength of the work he’s done in the past. He added a lot of body and heft to the mix and just got it into the exact place we had in mind, he’s a real pro.

Q. – Rubyworks Records put its eyes on Otherkin and we can find your music in Warner Records, are you moving to the big label?

A. – Our experience working with Rubyworks has been nothing but amazing up to now and we have no intentions of breaking up our beautiful family any time soon! We wouldn’t be where we are today without their belief in us.

Q. – Some of your songs have a social stance and a view into families’ problems nowadays. Is your music the voice of the young Irish generation?

A. – I wouldn’t go as far as to say that we’re the voice of an Irish generation but we do have certain songs that address contemporary Irish society, like Razorhead. Socially conscious music has a rich history in Irish music and there are bands like Sissy and Burnt Out who are keeping that spirit alive.

Q. – As a music media we found that Irish bands are not emerging onto the international industry as they should. What do you think is the problem with the Irish music scene?

A. – There are a lot of Irish bands who don’t look beyond Ireland for their career, but there are also a lot of up and coming acts across all genres and scenes which we firmly believe will be massive over the coming years. There is a solid support net work in Ireland for music and I think you’ll see a resurgence of great Irish acts soon. Look out for Thumper, The Academic, Fangclub, Soulé, Saint Sister and Wyvern Lingo – All different in style but nevertheless extremely talented.

Q. – You open for Red Hot Chili Peppers, Fall Out Boys, Guns N’ Roses and Ash. How was the experience with these bands?

A. – They were most definitely 3 different experiences but all equally mind blowing. We had a great day hanging with Patrick Stump when we played with Fall Out Boy and the Red Hot Chili Peppers, which was insane considering most of us were big fans of their music growing up. Guns N Roses was a career highlight, playing to 20,000 people in the lashings of rain in our own country, and Luke’s hometown (Slane), is something we will never forget. Going out with Ash on the road was a real treat. We shared the stage with them again this summer at Reading and Leeds and Tim Wheeler came down to our last London gig, he’s a great guy and has been a good friend to us since.

A. – Sería tan chulo ir a North America, let’s see what happens in the new year!

Q. – You are playing in Madrid and Barcelona. Are you ready to meet your Spanish fans?